To improve the performance of your game, you may consider the following best UI/UX practices when tailoring your game to CelerX eSports platform.

It is recommended to add a well-designed splash screen to your game, such as your studio’s animated logo. A good splash screen will help improve the retention rate of your game.

This is the first page the user will see after opening your game. It is recommended to include the following info in this landing page:

For first-time users, a game tutorial is needed. It is recommended that the game tutorials should be no more than 4 pages and focus on demonstrating the game goals, controls, power-ups and score strategy tips, as illustrated below.

If capacity allows, fancy interactive game tutorials may also be a good option. 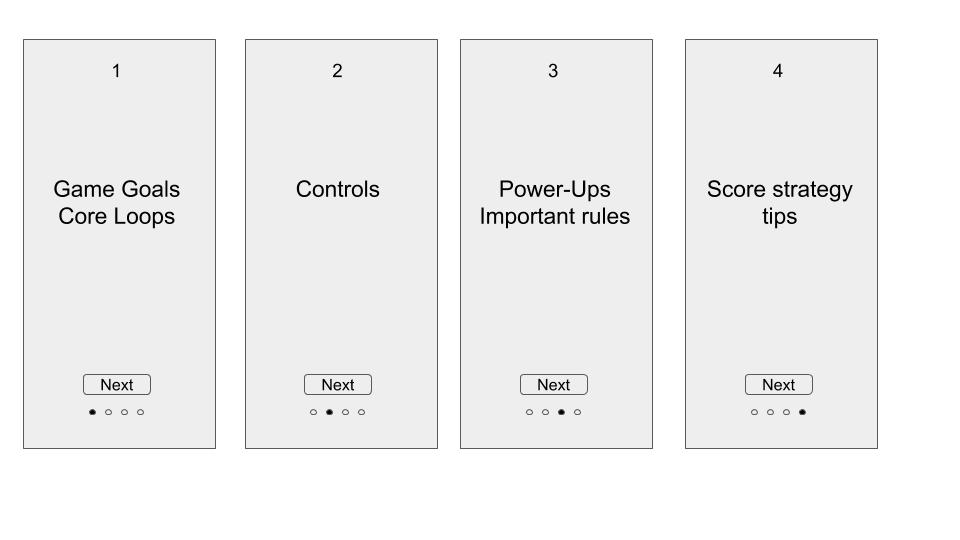 The setup of game duration depends on the nature of your game. Setting a long duration may enrich the gameplay experience but slows down the competition pace, thus negatively affecting the revenue. Setting a short duration is good at incentivizing players to play more matches and increasing revenue but may negatively impact the gameplay experience and result in user drop quickly. The common game duration ranges from 2 to 4 minutes.

During gameplay, the following elements should be clearly displayed on screen:

Also it is advised to leave some safe margin on the top to make sure that no important info is hidden on devices with a notch (such as iPhone X).

It is strongly recommended to have a game menu which includes the following contents:

Remember to hide the gameplay when opening the game menu to prevent some players from unfairly taking advantage of your game pause. You may also consider limiting the number of free pauses. For example, the timer may not stop after 3rd game pauses or extra penalty will be incurred after 3rd game pauses. 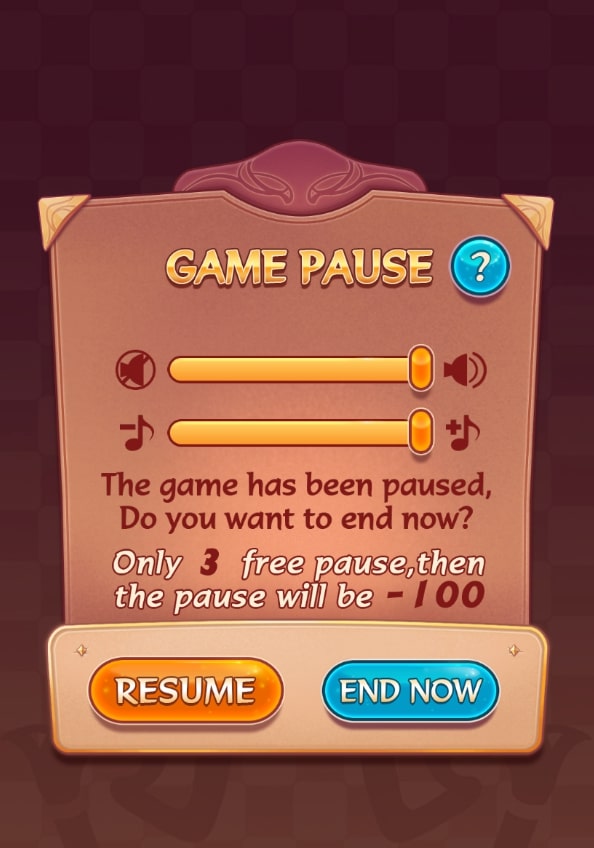 When the game ends or the player submits the score in the middle of the game, it is recommended that a score summary page is displayed. This page should clearly communicate the final score and how the score is calculated. The detailed scoring rule should also be accessible via the game menu.

It is recommended that game music and sounds be played only when the gameplay begins. Game music and sound should be exciting and relatively fast-paced to encourage players to play more matches. When the game nearly ends, you may consider switching to an even faster-paced music to escalate the excitement.